What is the UEFA Champions League 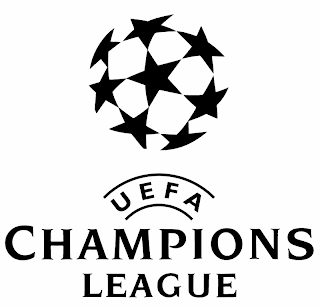 Champions League: Consists of the champions from almost all European professional soccer leagues. Teams qualify for this competition the season prior and compete in this competition concurrent with their own league season (League’s mostly play on Weekends and European competition occurs midweek). In the case of the biggest leagues (England, Spain, and Italy) the top 4 teams qualify for the Champions League and almost as big leagues such as Germany and Portugal etc get 3 or 2 qualifiers. There are 32 teams when it gets to the group stage (8 groups of 4) and then the top two from each group qualify for the round of 16 (which is where we are now). These games are two legged affairs in which each team gets a game at home and then the total aggregate score determines the winner. Incase the score is even over two legs then it goes to “away goals” as the first tie breaker. For ex. A team loses 2-1 away and wins 1-0 at home the total aggregate score is 2-2 but the team that scored away from home goes through. These two legged ties only go to overtime and penalties if the teams are tied on total and away goals (ex. 1-0 and 0-1 total 1-1). This competition is the biggest and most watched club competition in the world as it is has the best players and clubs in the world involved and is the dream destination for every footballer in the world.