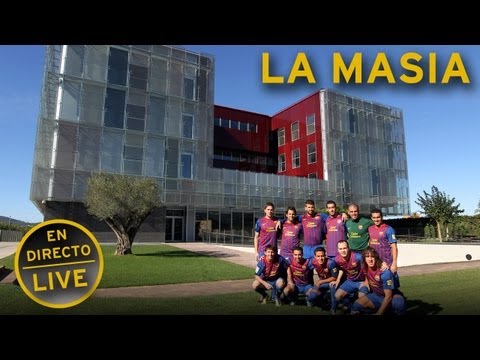 Really surprised how under reported this has been in America and maybe the world. La Masia Barcelona’s youth academy has built a new 9 million euro facility to better accomodate their youth 32 years later after the original La Masia was opened. This is the same academy that has produced Xavi, Iniesta, Pedro, Pique, Fabregas, Messi, Victor Valdez, etc. The New Masia was opened yesterday with a huge opening ceremony which is all hear for you to see. If you just want to see the inside ff to about the 33 min.